Do Crickets Bite? Any Symptoms of A Bite? 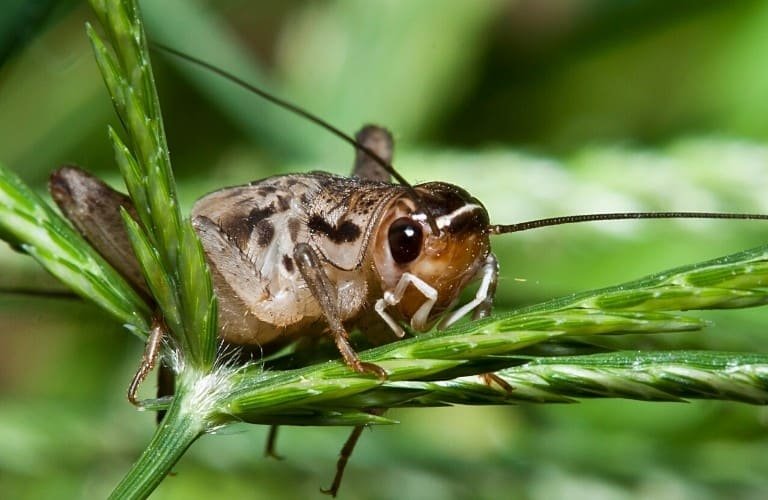 The main reason someone would is if they’re feeding them to a pet, dealing with an indoor infestation, or spending a lot of time outdoors.

It might make you wonder if they’re safe to handle.

Do crickets bite? Some crickets can bite, although their mouthparts don’t always penetrate the skin. A bite may cause a rash and flu-like symptoms but not serious illness. It’s more common to get those symptoms by coming into contact with the crickets’ feces and vomit.

A cricket bite is pretty uncommon, but it’s still a good idea to know what to expect in case it should happen.

In the following you’ll learn which types of crickets should be avoided and which ones are considered harmless.

Additionally, we’ll look at the damage they can potentially cause and what you should do if you do happen to experience a bite from a cricket.

For complete elimination and prevention guides and answers to common questions about crickets, visit our cricket page here.

You won’t see a puncture, but instead, you might see a little bump. A red rash might accompany the bump.

In more severe cases, which still isn’t much to worry about, a sore might appear where the cricket bit you along with a rash.

Camel crickets are one of the most common crickets found in the United States. They often are referred to by several other names, which you can learn about here.

You’re most likely to find them outside in dark and damp areas such as fallen logs, stacks of firewood, or in piles of leaves and grass clippings.

They can also find their way into your home and live in humid attics, basements, and closets.

Fortunately, these home invaders are unable to bite. They’re physically not able to bite because they’re missing the mouthparts to do so.

They will, however, chew up your belongings if they find their way inside.

(In our article “Best Cricket Repellent,” you’ll learn how to deter them from invading your house and property.)

Their long legs give them the appearance of a spider, and they can measure up to 5 inches long, so for many people, they will appear scarier than they are. 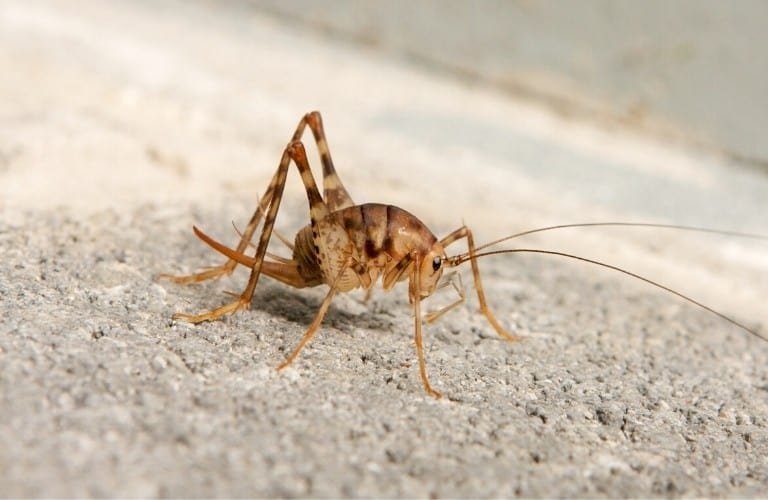 What Crickets Do Bite?

Camel crickets may not bite, but there are plenty of others that will.

The black field cricket is native to Australia. They’re nocturnal and live in burrows with other crickets.

This cricket can bite, and it’s quite painful. Oddly enough, they’re rarely able to break the skin.

So while you may feel pain from the bite, you probably won’t see any blood drawn or experience any symptoms.

The crazy red cricket is scientifically known as Gryllus locorojo and has been used as feeder crickets for reptile pets, such as lizards.

They’ve previously been confused with two other species of crickets but have been found out to be their own species.

What’s strange is that there haven’t been any found in the wild in the United States – they’re only used as feeder crickets.

What makes these reddish-brown crickets crazy? It’s their aggression. They’ll bite the lizard the pet owner is trying to feed.

If it tries to bite a human, it probably won’t be able to break the skin.

Since these crickets have only been used as feeder crickets, reptile owners may be the only ones who have to worry about them, unless they escape captivity.

They’re assumed to have been brought to the United States, Europe, and Asia from Ecuador since that’s the only place investigators have been able to find a connection.

House crickets are feeder crickets as well, but they can be found outside and are common pests for many homeowners.

Due to a disease that spread among this species, there are very few feeder cricket breeders left, so you might see them outside more than you will at the pet supply stores.

This is another one to add to the list of minor concerns. They can’t break your skin so there’s no chance of you getting side effects after a bite.

You do have a higher risk of getting bitten by them since they frequently find their way inside and live among your belongings.

This cricket, the Gryllus assimilis, is a cricket that is commonly mistaken for the crazy red cricket.

They’re both a reddish-brown color, but the main difference is that you can find the Jamaican field cricket outside, and they’re a common pest for homeowners.

They’ve been used as feeder crickets for about ten years, so pet owners are susceptible to getting bitten when handling them.

These crickets are known to be aggressive and have a more powerful bite than most other crickets are capable of doing.

Some pet owners have reported that these crickets can draw blood with their bites because of their large mandibles, which is unusual for crickets.

Crickets aren’t much of a threat to humans. They shouldn’t be considered harmless, but you also shouldn’t have to run for the hills when you see one.

The diseases crickets carry can be transmitted to other animals, but humans don’t get their diseases.

Crickets can carry parasites and worms that can be transmitted when they’re consumed. If you feed diseased feeder crickets to your lizard, your lizard might end up sick.

On the other hand, humans won’t catch their diseases, but we can get flu-like symptoms if they puncture the skin when they bite or if we come into contact with their feces or vomit.

If you notice crickets infiltrating your home and you think your household has the flu shortly after, it’s probably not a coincidence.

Get rid of the crickets as quickly as possible (we show you how here) and wash all the items you think they may have come into contact with.

Consider using an all-natural repellent spray to prevent reinfestation and tidy up your yard to make it an unwelcoming environment for crickets. 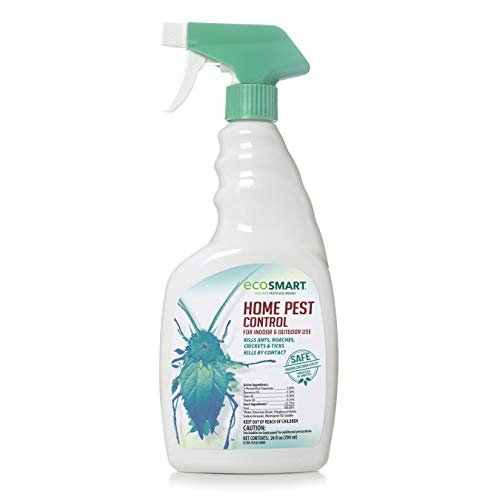 Pet owners should wear gloves and wash their hands after handling feeder crickets.

Crickets prefer to eat plants and other insects, but they’ll chomp on your belongings if there’s nothing else around. (Discover how much damage they are capable of in this article.)

They’ll eat a variety of fabrics and paper, so clothing, furniture, wallpaper, and books are susceptible to getting ruined.

Crickets will inhabit attics and basements if they’re humid.

Always store your belongings in airtight containers, like these, so you can avoid having them chewed up by pests. 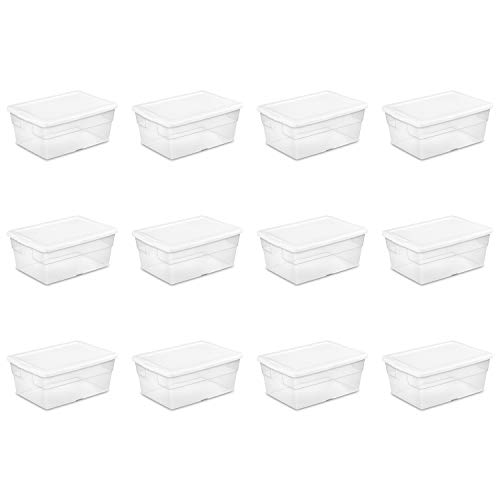 Placing a few DIY traps in strategic locations can help reduce their numbers too. We show you how easy it is to do in this article.

What to Do If a Cricket Bites You

While it’s true that cricket bites aren’t really anything to worry about, there are still a few things you should do once you’ve been bitten to make sure it doesn’t get worse.

If you have any concerns at all about a cricket bite, it’s wise to contact your doctor immediately rather than just assume it’s nothing.

Cricket bites are rare and serious side effects are rarer, but that doesn’t necessarily mean it’s impossible to contract a serious illness.

There are very few species of crickets that can bite hard enough to draw blood and spread disease. Be careful when handling crickets or spending time doing yard work.

You should wash your skin immediately if you come into contact with crickets. Their feces and vomit can cause you to get sick, so try to keep them out of your home.