Can an Exterminator Get Rid of Stink Bugs? What Do They Use? 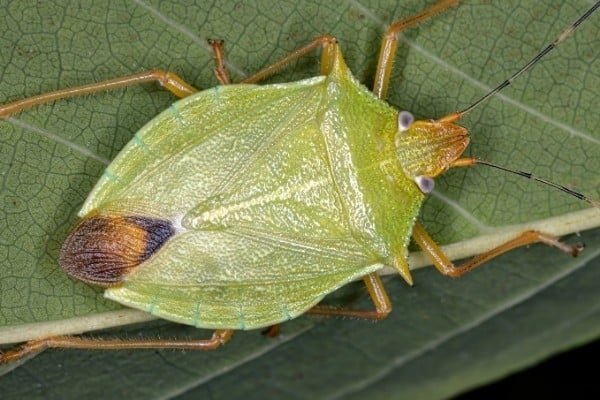 Stink bugs are tricky pests to get rid of. They like to hide inside homes during the winter because they’re seeking warmth.

They won’t reproduce while they’re taking shelter, but thousands of them can congregate inside the walls and eventually wander throughout your home.

Let’s take a look at how exterminators treat homes for stink bugs as well as home remedies you can use if you are unable to get the inside treated.

Be sure to check out all of our stink bug articles for complete prevention guides and powerful elimination strategies.

How an Exterminator Treats for Stink Bugs

Stink bugs release a foul odor when they’re squished, which is why you should never squish them as a control method.

Professional exterminators never squish them but will instead use pesticides so that they die without releasing an odor.

There are a variety of insecticides exterminators will use to combat stink bugs. According to Rutgers Univerity, there are eight different insecticides that have proven to be effective against stink bugs:

Some of the chemicals on the list have only been tested in labs and not in homes, so they might not be effective. Most of them aren’t safe to use on plants or around people and pets.

Exterminators will spray insecticide around the perimeter of the yard around grass and sidewalks.

They’ll also spray the perimeter at the base of the house where stink bugs are most likely to go inside.

Fun fact: Did you know that there are nearly 5,000 species of stink bugs in the world? It’s true. Take a look at the most common stink bugs here.

The Best Time to Call an Exterminator

It may vary from company to company, but most extermination services don’t spray indoors for stink bugs.

This is because dead stink bugs might attract other insects and will just cause your insect problem to get worse.

(That’s why proper prevention is so important. Read this complete prevention guide to be sure you won’t ever have a major stink bug problem, indoors or outside.)

If you want to avoid having a house full of stink bugs, it’s best to get your house sprayed before they find their way inside.

August is the best month to prepare your home. Stink bugs start going inside once it’s cool.

August is the last warm month before it gets cold – the bugs are still outside but will soon start coming in.

Just because exterminators won’t spray the inside of your home doesn’t mean you have to deal with the critters.

There are a few ways you can kill them inside (we show you the best products to use here), but you’ll need to dispose of the dead bugs so you don’t attract others.

Keep in mind that although stink bugs generally won’t reproduce indoors, they most certainly will outside during the warm months.

To help control the population, it’s best to try to eliminate all stink bug eggs to prevent future generations from exploding in number. Find out where to find stink bug eggs here.

There are several pesticides you can use indoors that work well for smaller spaces.

Raid Multi Insect Killer will kill stink bugs and several other insects on contact within just a few minutes. It has an orange scent that covers the chemical smell, which is great for indoor usage. 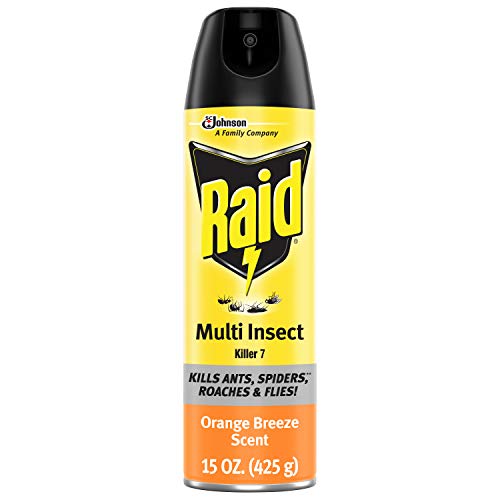 Pesticides aren’t safe to use around children and pets. Before you use them, make sure the room is well ventilated and that nobody else is in the room.

It’s best to wear protective gear, so you don’t irritate your eyes, respiratory system, or skin. Always follow the directions on the product label.

For most pesticides, children and pests can enter the room once the area is completely dry.

Soap and water is a simple DIY solution that’s readily available for you to use whenever you need it. You can use it as a spray that will kill within minutes, or it can be used as a trap.

To make a soap spray, you will need:

The recommended measurements are 2 cups of hot water, 1 cup of white vinegar, and ½ cup of dish soap.

However, you can adjust the measurements to fit your spray bottle by keeping a similar ratio of ingredients.

Swish the ingredients around carefully so they will mix, but try not to make any suds. Spray the stink bugs directly, and they should die soon after.

Don’t expect them to die as quickly as they would if you used a pesticide, but they will die fairly quickly.

You can use soap, water, and light to create a water trap that stink bugs will flock toward.

The foil tray should be big enough to cook a turkey in, but you can use a pie size if that’s all you have available.

The lamp should be a gooseneck desk lamp (here’s an ideal flexible-neck lamp) that can point down toward the pan.

Fill the pan with about ½ – 1 inch of water. Add some soap and mix it around.

You’ll need much less soap than water, so a few drops of the soap for a half inch of water or a tablespoon for an inch should be enough.

Set the pan on a table or on the floor – it should be near where you see the most stink bugs.

Place the lamp so that it shines directly over the trap. Plug it in and leave it on for at least a few hours. This trap works best if you leave it on overnight.

Stink bugs are attracted to light, so they will get into the trap because of the light, but the soapy water traps them and cause them to drown.

Peppermint oil is a natural insect repellent and killer. Insects don’t like the smell, and it kills them in just a few minutes after they get sprayed with it.

You can buy a spray like Mighty Mint, which is made with only natural ingredients, or you can make your own spray.

Spray the bugs directly to kill them or spray around your home to repel them.

Essential oils need to be diluted before they can safely be used. Keep a ratio of the instructions above to safely use peppermint oil.

You can double or half the recipe as long as you keep a similar ratio.

If you want to use multiple essential oils to create your own scent, you can do so as long as your total number of oil drops stays the same as if you were just using peppermint.

How to Keep Stink Bugs Out of Your Home

Keeping stink bugs out of your home is important since they can be difficult to get rid of once they’re inside.

Work your way through the tips below to prevent them from making their way in, which will save you trouble later on.

Make sure cracks and holes are sealed around your home. Remember that doors and windows aren’t the only entry points.

Siding, cracks in bricks or the base of your home, the chimney, or rotting wood are all places they can get in. Regularly check your home for places into which they can crawl.

Whether you call an exterminator or do it yourself, you can treat the perimeter of your home with a pesticide such as Harris Home Insect Killer to keep stink bugs out. 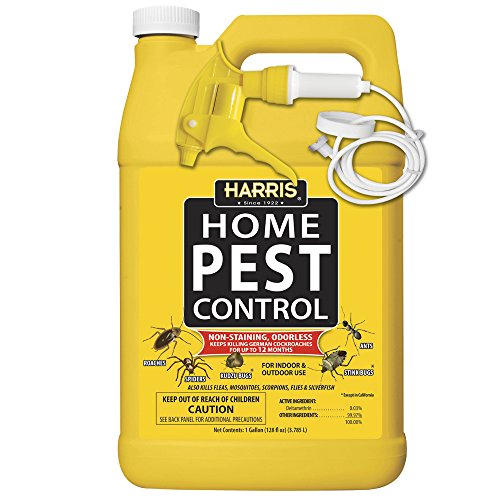 You can spray the edges of your lawn and around your house to keep bugs at bay. Keep in mind that pesticides can kill plants and beneficial insects, so choose wisely.

Look for a product that’s based on natural ingredients.

(See exactly what sprays are best to use on stink bugs here.)

You can repel the bugs with plants like lavender, garlic, or marigolds. Neem oil is a natural, plant-based repellent that stink bugs and several other pests will avoid.

We recommend this cold-pressed neem oil because it is USDA certified organic, affordably priced compared to similar products, and comes in a big enough size to treat large areas or to use for repeated treatments. 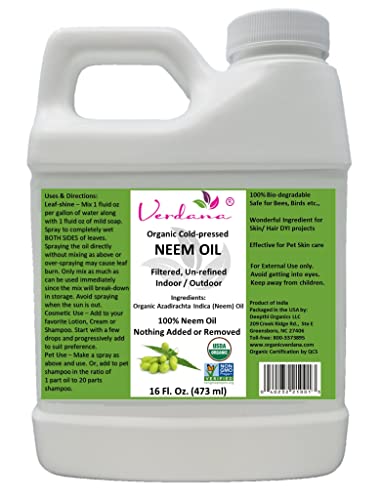 Stink bugs are attracted to lights, so you can utilize them outside. Choose a bright white light to keep on at night well away from your home (the farther away, the better).

You can place traps or insecticide near the light so you’ll draw them away from your home and garden and instead lead them to their death.

Here in this article, you can learn how to use the stink bugs’ natural affinity for light to their disadvantage in several ways.

Exterminators can get rid of stink bugs, but they’ll usually only treat the outdoors since dead bugs inside will cause more problems later.

Exterminators will use pesticides to kill the bugs outdoors, so plants might be at risk of dying since most pesticides aren’t safe to use on plants.

Ask the exterminator if there’s an indoor treatment they can use. Some of them might be okay with spraying the inside, although they typically won’t.

Don’t forget to head over to our stink bug page to access all our stink bug topics. Click here for more prevention and elimination tips.