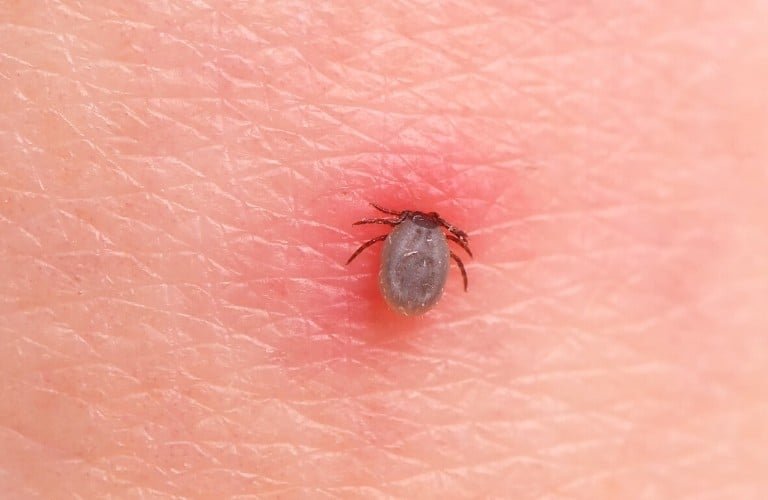 So, you spent the day outside and realize that a tick has sunk its head into your skin.

You dig through the bathroom drawers and can’t find tweezers, or maybe you spot the tick while in the car and don’t have any with you. What now?

How do you remove a tick without tweezers? Tick-removing tools are an effective alternative, allowing the tick to be extracted safely without squeezing. As a last resort, use your fingernails. Never burn or freeze a tick to remove as that will cause it to regurgitate and possibly transmit disease.

Finding a tick embedded in your skin can be an unnerving experience for sure.

In the following, we’ll show you exactly how to handle the situation when the recommended tweezer method isn’t an option.

In a hurry? Here’s a quick look at tweezer alternatives to remove ticks quickly and safely.

According to the Centers for Disease Control and Prevention (CDC), this is how you safely remove a tick that’s bitten you:

There are plenty of ways to remove a tick without tweezers, so don’t panic if you don’t have any handy.

Remember these guidelines as you look at other methods because some products recommend doing things that the CDC advises against.

The main goal of removing a tick is not to leave any mouthparts behind, so you should be fine if you can do that.

Head over to this article for information on symptoms to watch for if you do happen to be bitten by a tick.

Preventing tick bites is preferable to dealing with removing a tick from your skin. We show you the most effective tick repelling sprays in this article.

If you go outside often, especially during the months when ticks are most active and in regions known to contain ticks, it’s wise to keep tick removal tools handy.

If you misplaced your tweezers, you’ll at least have an extra tool lying around to remove the tick.

Here are some of the best products that are super easy to use. 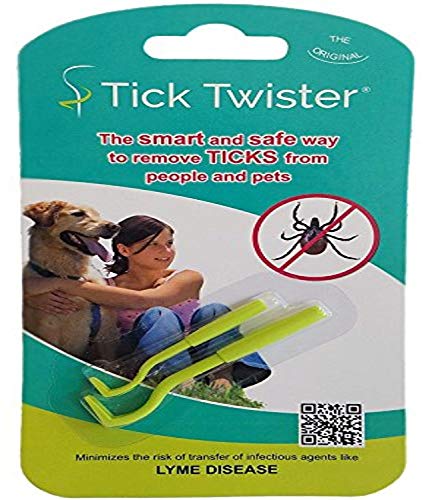 This tool allows you to grip the tick without squeezing it, which is the ideal way to remove a tick.

The product recommends gently twisting to encourage the tick to let go, but doctors don’t recommend this method.

However, it might be a safer tool than tweezers since you can’t accidentally crush the tick by applying too much pressure.

It comes in two different sizes, so you can use the one that best matches the tick’s size.

The Tick Key allows you to get as close to the skin as possible to remove ticks without the possibility of pinching your skin.

This tool is more convenient than the Tick Twister since the one tool will work for all sizes of ticks and you can clip it to your keychain.

This tool also goes against the CDC removal guidelines. It pulls to the side rather than pulling straight up, but the product says it’s a clean removal every time.

The Original Ticked Off Tick Remover 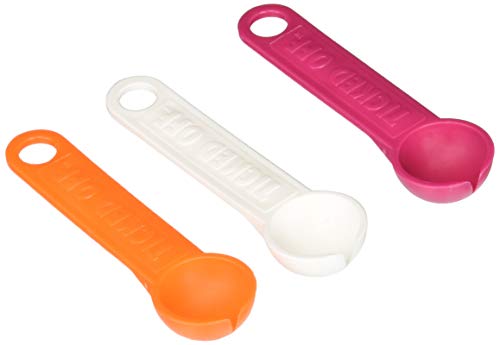 This tool is great for those who are disgusted by all bugs and want to stay as far away from them as possible.

It looks like a measuring spoon, but this tool allows you to remove the tick in a similar way to the Dogzymes Original Tick Key – but the cup will catch the tick, and you never have to touch it.

You can attach it to a keyring or a backpack so you’ll always have it with you. Just keep it out of the kitchen since it looks like a teaspoon.

Making sure your yard isn’t a welcoming environment for ticks will drastically reduce your chances of being bitten. Learn what to do here.

Remove Ticks with Your Fingers

If you’ve lost your tweezers, you may lose other devices, too. Luckily you’ve got ten built-in devices on your hands.

It’s not a doctor-recommended method, but your fingers are usable in a desperate situation.

To use your fingers:

If you don’t have long fingernails or struggle to grab the tick, you can use a credit card or pocket knife to give you a flat surface to work with.

You should sanitize whatever object you use so you don’t get germs near the bite.

Be extra careful when using your fingers. Squeezing the tick can cause it to secrete its stomach fluids.

If it does this while it’s still attached to you, it increases your chance of contracting a tick-borne illness.

Dental floss is another easy way to remove ticks. As always, clean the area and your hands before you start.

Tie the floss around the tick, making sure to get close to the skin. Pull slowly upward, so you don’t detach the head from the body.

Since this method requires some precision, it may be too tricky for ticks that only measure a few millimeters wide. Try saving this one for the bigger ticks.

The internet is filled with home “remedies” that can cause more problems than benefits.

You may have heard these remedies from a family member. Just because Great Uncle John said it works doesn’t necessarily mean it’s good advice.

For instance, I once was told that if I attract a bunch of wildlife to my property, the ticks would vanish. Not true! Find out why here.

When removing ticks, you need to make sure that you’re not squeezing them too much and you avoid leaving mouthparts behind.

The following remedies increase the risk of both of these happening.

Many say that lighting up a tick with a match or cigarette will cause the tick to let go, but really, you’re just making it panic so much that it releases its diseases into you.

Yes, they vomit when they panic, and that’s how they spread Lyme disease, Rocky Mountain Spotted Fever (RMSF), and other diseases.

Freezing a tick with ice is supposedly going to make it release, but this is just another way to make it panic.

Its head also might have a better chance of breaking off while it’s still attached to your skin.

Some say that smothering the tick with a cotton ball covered in nail polish or petroleum jelly is a sure way to get rid of it, but it’s a sure way to catch a disease.

You’ve guessed it – it will cause the tick to panic and vomit.

Twisting the tick can cause tiny mouthparts to get left behind in your skin. In some cases, the entire head can be left behind.

The CDC says that the skin will heal even if there’s a mouthpart left behind. Still, you should try to avoid it to the best of your ability.

What to Do If You Experience Symptoms

If you get bitten by a tick, stay calm. Diseases aren’t transmitted right away; in fact, it takes 36 hours of a tick feeding on you for Lyme disease to be transmitted.

Remove the tick right away, and you won’t have to worry about getting sick.

The following symptoms may appear in the following weeks after you’ve been bitten by a tick and infected with a disease:

The symptoms you see will depend on the type of tick and the disease it was carrying.

Some of them don’t show up until almost a month after the bite, so it can be difficult to detect the disease early on.

You don’t have to see a doctor immediately after being bitten, but you should as soon as you notice symptoms.

If you experience a fever shortly after removing a tick, a doctor should be able to administer a test to see if it transmitted an illness.

Tweezers are the safest way to remove ticks, but there are several other methods you can use. Leaving behind mouthparts isn’t wise, but it’s not the end of the world.

As long as you don’t squeeze too hard, you should be able to easily remove ticks.

Ticks are creepy and can spread disease. The more you know about them, the better able you’ll be to protect yourself and keep them from infesting your yard.

Click here to view all of our tick information, prevention guidelines, elimination methods, and recommended products to use.