Are Stink Bugs Attracted To Light? How To Avoid This Problem 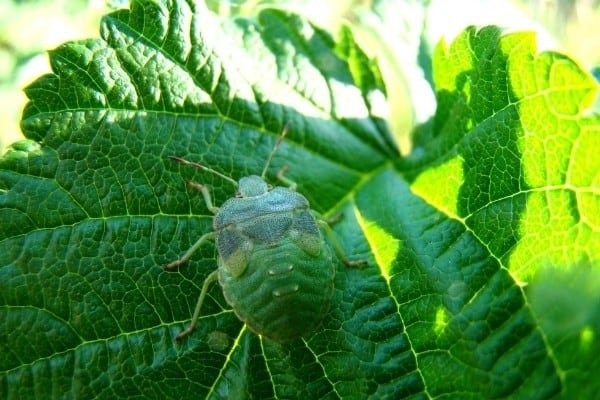 Stink bugs are invasive pests that will eat up your garden, especially if you’re growing fruit.

If you have stink bugs in your yard, you’ve probably noticed them flocking around your porch light and windows, especially at night.

Are stink bugs attracted to light? Stink bugs are attracted to light. If you leave porch lights on all night, you’ll see them hanging around. This is how they can easily find their way indoors. Fortunately, you can use light as a way to trap them and lure them away from your home.

In the following, you’ll learn more about how light can be used to fight against stink bugs and keep them away from your home and garden.

Knowledge is a powerful weapon when fighting invasive bugs. Don’t miss out on learning key preventive measures and the best elimination techniques for your stink bug battle. You’ll find tons of information here.

This is true regardless of the type of stink bug you are dealing with.

Did you know? There are almost 5,000 different types of stink bugs in the world! This article highlights the most common species – the ones you are likely having trouble with.

There are very few natural predators of stink bugs in the United States, so they can be difficult to get rid of.

A few studies have been done to see what kind of lights are the most attractive to stink bugs.

Broad-spectrum lightbulbs seem to attract stink bugs the best. These types of lightbulbs mimic sunlight and get pretty warm, but they don’t produce UV rays.

They also send out the light in multiple directions, which causes the bugs to spot it and be attracted from several directions.

LED lights aren’t as effective because they typically shine in only one direction. The bugs would have to be directly in the line of the light beam.

Porch lights are typically broad spectrum because they’re meant to illuminate your porch, so this is why it’s so common to see the stink bugs gathered near your door.

White, red, blue, yellow, green, and orange lights were tested in a recent study, and white lights showed to be the most attractive to stink bugs.

You can use lights to trap stink bugs, which will be discussed further in the next section.

If your goal is to keep stink bugs away from your door, try using an LED light or a broad-spectrum light that isn’t white, like these yellow bulbs. 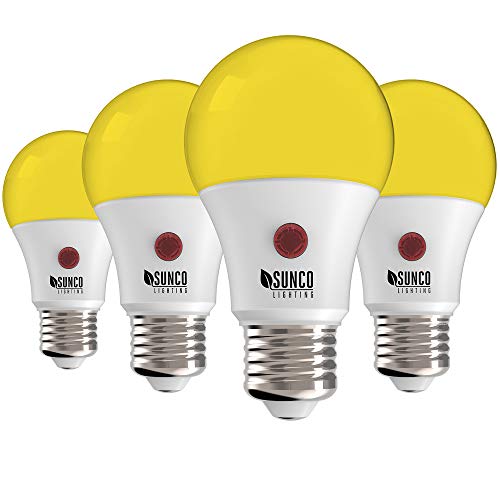 Is Light the Reason Stink Bugs Are in My Home?

Light is one of the several reasons a stink bug will make its way into your home. These are other reasons:

They take care of those things on plants in the warmer months of the year (see this article to discover the best way to find and get rid of stink bug eggs).

Their life cycle essentially goes into hibernation mode – they only take shelter from the cold weather and will resume their mating habits when the temperatures get warm.

Light can be what initially attracts stink bugs into your home. They’ll gather around walls, doors, and windows that are near the light.

From there, they’ll find openings into your home and make their way inside.

Whether they find their way in when you walk through the door or through a crack around your window, they’ll happily enter once they realize it’s a warm place to stay.

If you’re considering calling a professional exterminator to get rid of stink bugs inside your house, read this first – or you might wind up wasting time and/or your hard-earned money.

How to Use Light Against Stink Bugs

Since stink bugs love the light, you can utilize it against them to trap them or lure them away.

Light as a Lure

If stink bugs are always around your home or plants, use light to draw them away. As discussed earlier, stink bugs are partial to broad-spectrum, white lights.

Place this kind of bulb away from your home, whether it’s on a pole or attached to a fence.

Light lures are only effective at night. Stink bugs will gravitate to the warmest and brightest areas during the day.

If you need a light on your porch or near your plants, consider using a light that stink bugs aren’t as attracted to. You can use LED or colored lights that aren’t white.

If you can get a bulb that has multiple colors, this will allow you to have white light when you need it. 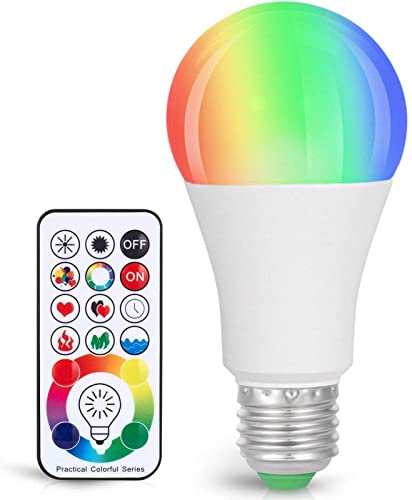 Light as a Trap

You can lure the bugs into a simple trap for just a few dollars. To make this trap, you will need:

If you make the trap outside, it’s better to keep the trap far away from your home and garden so the bugs won’t get distracted in those areas while on their way to the light.

Place the lamp and foil tray on the ground outside or wherever the bugs show up inside your home. Pour the water into the tray and mix in a little bit of dish soap.

You don’t need a lot of water, but use enough that the bugs will drown once they get into the tray.

The soap will make it difficult for the bugs to get out. A tablespoon should be enough for at least ½ gallon of water.

Turn the light on at night, and the bugs will flock to it. Once they land on the water, they won’t be able to get out and will drown.

This is a simple trap, and it shouldn’t cost you any more than a few dollars. It’s super easy, but be careful not to let the light or cord fall into the water.

Take the light inside before it rains!

Other Ways to Get Rid of Stink Bugs

Light is an effective way to control stink bugs, but it isn’t the only way. There are several other ways you can repel or kill them.

Many people want rapid elimination and opt to use sprays to get rid of stink bugs.

This approach can certainly be effective, and you’ll discover the best choices for both natural and pesticide sprays in our article “Best Spray for Stink Bugs.”

It should be noted that you should never squish stink bugs when you kill them. They release a bad smell when they’re squished, which is how they get the name.

Only use methods that will repel them or kill them without having to crush them.

Prevention is the best way to fight against stink bugs. If you keep them out of your yard, you won’t have to deal with them later. Try using these methods:

Vacuuming is a great way to pick up stink bugs without causing them to release their scent.

Once you vacuum them up, dispose of them outside in a garbage can away from your home. If you can, take them directly to the dumpster.

Peppermint oil is a great, natural way to repel and kill stink bugs. The bugs don’t like the scent, so they’ll stay far away from it when you put it in your home or outside.

You can create a DIY spray with peppermint oil (this one is 100% organic) or buy a spray like Mighty Mint to spray around your home.

If you spray a stink bug directly, the oil might kill it.

Peppermint oil can’t really guarantee to kill every bug, but it does depend on the strength of the oil in your spray and how much spray is on the bug.

Always dilute peppermint oil and any other essential oils you use in homemade sprays. Essential oils can be rough on the skin and respiratory system when they’re not diluted.

Since stink bugs are attracted to light, you can use this to help combat them. It’s a simple and cost-effective way to keep them from coming into your house or garden.

Try using other natural methods (click here for a complete prevention guide) along with using lights for a more effective strategy.