What Do Ants Do for the Environment? More Than You Might Think! 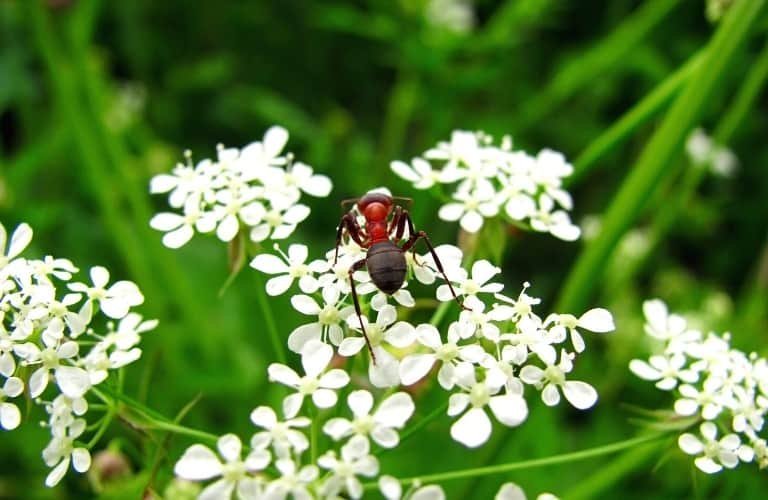 When ants are crawling all over your kitchen counters or picnic basket, it’s hard to imagine them as beneficial creatures.

What purpose do they serve besides making life difficult? Actually, they do quite a few useful things for the planet.

What do ants do for the environment? Ants are among the greatest beneficial insects on the planet. They aerate the soil, decompose dead matter, disperse seeds, and even control unwanted pests in the garden. Ant observation leads to a deeper understanding of ecosystems and climate change.

These small creatures can change ecosystems for the better.

In the following, we’ll show you how these household pests can benefit your garden… if you can get them to stay outside.

Plants need oxygen and nutrients to grow to their full potential and produce beautiful fruits and flowers. Their roots need aerated soil to do this.

Soil can be aerated by all sorts of creatures living in the dirt: worms, beetles, and yes, ants.

Worms are known for moving around dirt, but ants play a huge part in soil aeration as well.

Their colonies consist of intricate tunnel systems that lead to chamber after chamber.

When ants dig these spaces, they have to remove dirt and place it elsewhere, which leads to soil aeration.

The ants, like the banded sugar ants, that build their colonies around the roots of plants are the most helpful because the tunnels are around the roots, giving them more exposure to oxygen.

If you grow plants in a raised bed to keep pests away, don’t worry if you see ants. They will help you and your plants.

Ants play a crucial role in soil health. They add key nutrients to the soil and can improve the soil in several ways.

You’ve likely come across a dead carcass with ants swarming all over it.

When they take pieces back to the anthill to store them underground, they’re adding to the overall soil composition. This is especially helpful around plants.

Carpenter ants will make their homes in dead and diseased trees by chewing holes in the wood.

This speeds up the decaying process, which benefits the soil and ecosystem. The ants don’t eat the wood, so the shavings are left behind and fertilize the soil.

After ants consume their food, they leave behind waste, whether it’s waste from the food or from the ants’ digestive system. The waste acts as a fertilizer to the soil.

As ants dig, they remove pebbles and other pieces of debris that they don’t want clogging their tunnels.

This tills the soil and keeps it loose, making it easier for plant roots to maneuver through the dirt.

It might seem strange to consider ants to be a form of pest control since they can be a pest themselves, but it’s true.

Ants will feed on stink bugs, ticks, termites, and even scorpions. They prefer to eat insects that have already died, but if necessary, they won’t hesitate to attack live prey.

Fun fact: Those busy little ants aren’t always hard at work. They do indeed sleep, but not exactly in the way you might imagine. Find out how they do it here.

Ants will carry almost anything back home to their colony to eat later, including seeds.

Fire ants are particularly fond of eating seeds and will store several of them for the colony to eat.

Sometimes, ants don’t get to all the seeds they stored, and the seeds eventually start growing where the ants planted them.

This aids in seed dispersal, which is important for plant species to continue spreading and growing.

This may be annoying for homeowners who are particular about their lawns and flower beds, but it’s important for ecosystems out in the wild.

(If you’re desperate to find a solution for an ant infestation, we show you how to effectively get rid of ants in this article.)

Biologists are able to determine the health of an ecosystem by studying ants.

The ants may be small, but they play huge roles in the food chain and in ecosystems, so a lot can be discovered just by watching them.

If these interactions change, it can be assumed that something in the area has changed.

If they no longer attack prey, it’s a sign that the population of that prey is dwindling due to other causes.

The mere presence of ants is an indicator of a healthy ecosystem. Several studies have been performed in restoration projects of abandoned mines.

Mines don’t usually have ants in them because they’ve been stripped of everything life needs to survive.

Once restoration projects have been going on for a while, biologists scout the area for ants. If ants appear, that means enough nutrients have been returned to the area to support life.

Once the ants return, other insects will follow, and eventually, larger animals will too.

The more ant species an area contains, the healthier the area is since it can support various species.

You can use ants to indicate your soil’s health at home, just as the biologists do in mines.

If you notice that your soil at home doesn’t have any plants and seems to never have ants, add some fertilizer and organic matter regularly.

If you see ants, you’ll know that the dirt is once again supporting life.

Ants Can Become a Problem

A case for ants has been made, but that doesn’t change the fact that too much of a good thing can become a problem.

In a well-rounded ecosystem, the food chain controls the population of every species. Sometimes, ants can overpopulate and cause problems.

Did you know that male ants’ only job is to mate with a queen? Another interesting fact: male ants hatch from unfertilized eggs. Cool, huh? This article explains more.

As mentioned previously, the presence of ants means other life is nearby. Ants are predators, but they’re also prey.

Yes, fire ants are known to eat other species of ants, so ants can bring more ants until the place starts to feel overrun with them.

Maybe this is okay in the wild, but it can quickly become a problem in your yard.

Building in Your Home

You probably already know how ants can be a problem inside of homes. If the food sources aren’t abundant outside, they’ll make their way inside your home.

Your home is just as attractive to ants as it is to you – it provides food and shelter.

If ants find your home to be a suitable place for a nest, they’ll build it in the walls or other protected areas that have easy access to food.

Prevent ants from coming inside by sealing up cracks and keeping your home clean. If they can’t detect food or find a way inside, they won’t be able to bother you.

If they do find their way inside, you can use a natural pesticide, like boric acid or this one made with peppermint oil, which kills and repels ants and other pests.

You actually have a lot of options when it comes to weapons in your war with ants.

Head over to this article to see what we found to be the best natural and chemical ant eliminators.

Some species of ants will eat the roots of young plants. Fire ants usually like to do this as well as eat seeds.

If you plant seeds in an area that has a large population of fire ants, you might not see as many of the seeds sprout because the ants have taken the seeds or eaten the tender, young roots.

It will not only target existing fire ant mounds but will provide up to six months of protection from new mounds being created. 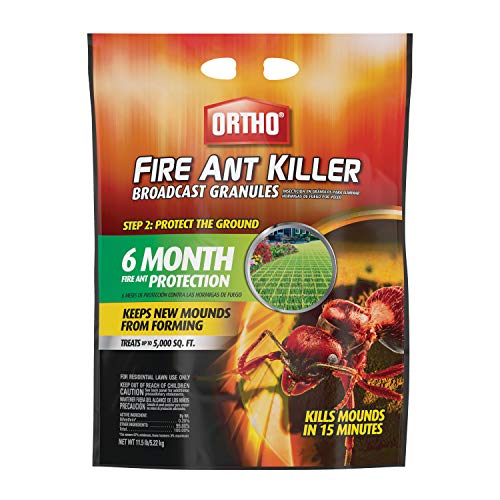 Ants will bite if they feel threatened. Some species will inject venom with a stinger located on their abdomen while they’re biting you.

Read this article to learn which ones in particular you should beware of.

A yard with anthills can become a problem if there are children and pets that frequently use it. Even adults can become victims if they aren’t careful.

A few bites shouldn’t be much of a problem, but if there are several bites or the person is allergic, symptoms can become severe.

According to Poison Control, difficulty breathing and swelling are signs of a severe allergic reaction.

If you get bit by ants, wash the area with soap and water, apply a cool compress, and monitor it carefully to see if any symptoms begin to show.

Ants do provide reasons to be considered hated pests, but they’re a necessary “evil.”

They’re responsible for helping plants grow, controlling pests, and aiding the circle of life to carry on, whether it’s in the wild or in your yard.

Next time you see ants, consider leaving them alone if they aren’t causing any major problems.