What Are Ants With Wings Called? Why Do Some Have Them?

Occasionally, you might see a small insect with wings near a group of ants and assume it’s a termite.

Look closely, and if it looks like the surrounding ants, it’s probably just a winged ant.

What are ants with wings called? Winged ants are called alates. Alates are males, whose only job is to mate with future queens, so they have wings to allow for travel, perhaps to other colonies, when seeking potential mates. Queen ants also have wings, but will shed them after mating.

Let’s take a closer look at why some ants have wings while others don’t. The answer is surprisingly interesting and points to the complex nature of an ant colony.

Don’t miss out on other fascinating ant facts, important steps to prevent infestations, and effective elimination guides. Click here to access all of our ant articles.

Why Do Some Ants Have Wings?

Most ants don’t have wings, and the ones that do play crucial roles in the ant life cycle.

The only ants that have wings are responsible for reproduction, and they’re called alates.

Almost every winged ant is a male. There are a few exceptions, and those are the future queen ants.

The males go out to find queen ants to mate with. Once the queens have mated, they shed their wings and go into the anthill to lay eggs and grow the colony.

Male ants don’t live much longer after they mate, as mating is their only purpose.

Fun fact: The majority of ants you’ll see around your yard or in your home are collectively called sugar ants, though they can be one of many species. Learn more here.

Like all other insects, ants have four main stages in their life cycle: egg, larva, pupa, and adult.

Ants are a little different, however – there are three types of adult ants that an egg will eventually develop into: queens, males (alates), and workers.

Eggs are laid inside the anthill by the queen. The eggs are kept with the queen in a pile, and she usually lays on top of them or near them.

Females will be worker ants (unless they are queen ants), while the males will go out and search for queens to mate with.

Ant larvae are unable to move around. They remain in place and are fed by worker ants. If it’s a new colony and it’s just the queen and her eggs, the queen will do the feeding.

Once the first worker ants are born, they’ll take on the job of feeding the larvae.

A larva’s only job is to eat, and how much they eat matters. Queen ants are developed based on how much food they’re fed.

The larvae that are fed more will become queens, while the ones that are fed less will be workers. The male larvae aren’t affected by how much food they get.

The pupal stage isn’t much different than the larval stage, except that the pupae aren’t as focused on eating as much as they are on rest.

In this stage, the ant is almost fully developed and grows to its final size.

Once the pupa hatches, the adult ant emerges.

Depending on how much it ate and if it was fertilized, the ant will be a queen, worker, or male. Workers and queens are always female.

Did you know that as busy as worker ants always seem to be, they do, in fact, sleep? Their sleep patterns are quite surprising, however. Find out how and how often ants sleep here.

The queen will leave her nest in search of a male to mate with. It will most likely go start its own colony, but some species will allow one colony to serve multiple queens.

If they go out to start a new colony, they’ll use their wings to travel longer distances.

Once a queen has mated, she’ll tear off her wings and begin digging an anthill if she’s chosen to start a new colony.

The queen will be able to live for as long as 30 years if she’s given the right conditions. Shocking, right? While not all queens will survive that long, some have been known to do so.

Once adult males emerge, they promptly leave the nest to find queens to mate with. They typically group up with other males and leave pheromones to attract the queens.

Male ants only live for a few weeks, and they never gather food for the colony or spend any time in the anthill as adults.

Worker ants are all females. They don’t have wings and are smaller than the males and queens.

Their jobs are to go out and forage for food, bring it back to the colony, and feed the larvae.

They can protect the queen if she is in danger (they won’t hesitate to bite if they feel the need) and will sometimes attack all but one queen if a colony is housing multiple.

Worker ants can live for up to three years.

Believe it or not, the complex system of underground tunnels that workers create can actually be beneficial to the surrounding environment, and the presence of ants indicates a healthy ecosystem.

Head over to this article to find out why.

Flying ants aren’t as much of a pest as worker ants because they aren’t around all year long.

Flying ants are only out in the spring, and you’ll usually spot them as a swarm flying around. They might look like they’ll become a huge problem, but that’s not really the case.

A swarm of flying ants can mean two things:

These two options aren’t guaranteed, however. Not every queen is able to successfully start her own colony, and not every male is guaranteed to find a mate.

If you spot a swarm of ants, the best thing you can do is use prevention methods (find prevention guidelines here) to keep them from making your property their home.

One way to prevent ants is to mix ingredients that are harmful to them or that they don’t like into the soil of gardens and flower beds. Try adding the following to the soil:

Ants can’t stand the smell of citrus, coffee, or pepper, so mixing these ingredients will help keep them away.

Coffee grounds and citrus peels are beneficial to plants, and pepper won’t cause any harm.

Diatomaceous earth and salt won’t hurt plants either, but they will kill ants as they walk across by damaging their exoskeletons. 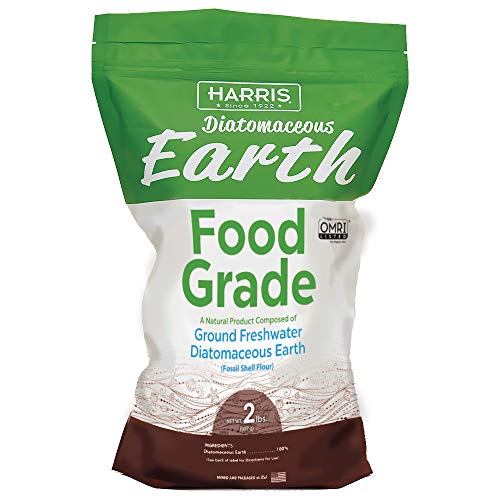 If a swarm of ants have gathered near your house, that means there’s a colony nearby.

If you see a swarm inside your home, then you have a colony somewhere in your walls, basement, or attic.

The difficulty of getting rid of a colony will depend on its size. (See which products and methods we recommend in this article.)

Some natural methods you can use to get rid of ants include:

If natural methods don’t work for you, you can always turn to pesticides. Pesticides contain harmful chemicals and shouldn’t be used without protective gear.

However, they can quickly kill large populations on contact and continue to kill them for several weeks or even months, depending on the product.

Pesticides for ants come in the form of aerosol sprays, liquid sprays, and baits. Be sure to follow the directions on the package carefully so nobody gets injured.

Here are our top recommendations for each pesticide form:

If you’re unsure of how to use pesticides or would rather have a professional take care of your ant problem for you, call a local exterminator.

They’ll help you find the problem and the best solution that will fit your home and lifestyle.

Flying ants are vital members of the ant colony since they’re in charge of reproduction.

They aren’t much of a nuisance to humans since they only live for a few weeks, but they are a sign that a colony is growing or is going to be in your yard sooner rather than later.

You don’t have to work quickly to eradicate them if you see them, but you should keep an eye out and take preventative steps.