What Is a Blue Carpenter Bee? Pictures and Where They Live 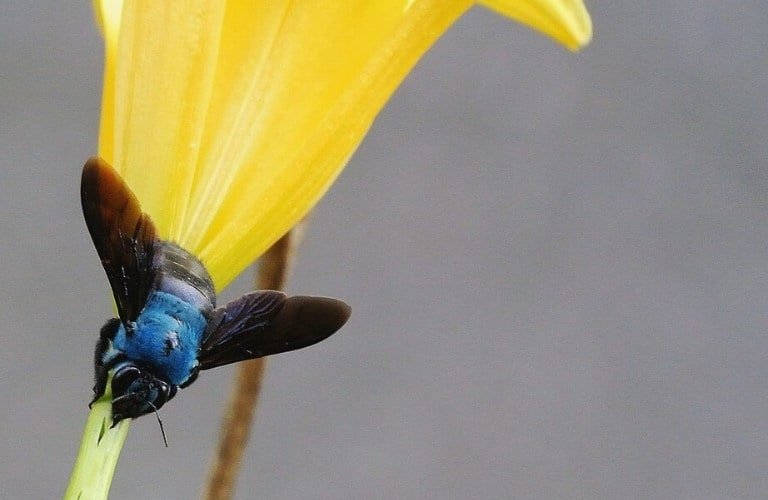 The internet is full of photoshopped images, especially when it comes to mystical blue oddities like strawberries, watermelons, and tomatoes (all of which are not naturally blue).

What about that image of a blue bee – is that fake? If it’s a blue carpenter bee, it’s not a photoshopped image.

What is a blue carpenter bee? The blue carpenter bee is only found in select parts of Asia, including India, Southern China, and portions of Southeast Asia. Like other carpenter bees, it is a solitary bee that makes its nest in wood as opposed to working within a hive and serving a queen.

The blue carpenter bee is only found in the Eastern Hemisphere, so the chances of you spotting one are incredibly low if you live elsewhere.

In the following, you’ll discover more about the blue carpenter bee and other beautifully colored blue bees and learn how to deal with bee-related problems without contributing to their decline.

We’re used to seeing brown, black, and yellow bees, so it may come as a surprise to see a blue bee. It’s not even a “sort of blue” bee – it’s unmistakenly blue.

This blue bee is scientifically known as the Xylocopa caerulea. It measures almost 1 inch in size, which is pretty big for a bee.

Its blue color comes from tiny blue hair that covers its thorax.

Like all other carpenter bees, its abdomen is solid black and shiny, which is how you can distinguish carpenter bees from honey bees and bumble bees.

This bee is native to India, Southeast Asia, and Southern China. You probably won’t see any in the United States unless it’s a taxidermied version you buy online.

If you do spot one, you should report it to a bee watch organization or a local university because scientists and nature enthusiasts would love to know about it.

Several blue bees are living in the United States that might be confused with Xylocopa caerulea. Again, some are rare, so it’s best to contact someone if you think you’ve spotted one.

This bee is incredibly rare as it only lives in Highlands County, Florida.

It’s registered as endangered and was thought to be extinct until 2020. It was only discovered in 2011 and hasn’t been seen outside of Florida.

This type of sweat bee will appear to look blue or green. Sweat bees often live in the ground or wood, so they might be mistaken for carpenter bees.

Unlike carpenter bees, sweat bees have a queen and worker bee relationship and can be found living in groups.

The doubled certatina is a carpenter bee that can be found in North and Central America.

Instead of having blue hair, its entire body appears to be a shiny blue.

The blue orchard bee, or the orchard mason bee, lives in holes since it can’t drill into wood.

They’re important pollinators and are utilized in many orchards to cause plants to bloom in early spring.

Their abdomen is blue and black, and their thorax and head are greenish-blue.

What is a Carpenter Bee?

Carpenter bees live very different lives than honey bees do. Some people might not even recognize carpenter bees as bees because they don’t have the same behaviors.

You’ll find a complete guide to prevention and tons of relevant, useful tips for eliminating carpenter bees from your property here.

Honey bees live in a hive that consists of one queen and hundreds if not thousands of worker bees.

The male bees go out to mate with future queen bees, and all of the worker bees are infertile females. Queens leave the hive to mate and start their own bee colony.

Carpenter bees, on the other hand, are a bit more introverted. Every female can lay eggs, so instead of living in a hive, each one goes out to mate and build its own nest.

They build their nests in wood, whether it’s a tree, park bench, house, or shed. If the wood is untreated, they won’t hesitate to make it their home.

Carpenter bees are resourceful and will make use of nests that are already built and might even prefer them over drilling out their own.

(Learn how to use this fact to your advantage in our article “Best Carpenter Bee Bait.”)

Like most bees, carpenter bees aren’t aggressive. You can stand pretty close and observe them, and they won’t harm you.

If they feel threatened, however, the female will sting. Male carpenter bees don’t have stingers, but they do protect the female’s nest.

If a male is guarding and sees you as a threat, it will buzz around your face to scare you off, but it can’t hurt you.

Do They Make Honey?

Carpenter bees aren’t honey makers. They feed their larvae pollen, but they don’t have what it takes to make honey as the honey bees do.

Since they feed their young with pollen, they go from plant to plant to collect food, which in turn pollinates plants and causes them to grow.

About 15% of total insect pollination comes from carpenter bees, so they play a pretty significant role.

What to Do If You Have Carpenter Bees

Many people assume that carpenter bees are pests because they drill holes into wood, which causes unsightly holes in homeowners’ property.

If carpenter bees are becoming a problem, here are a few things you can do.

Consider the Pros and Cons

First, weigh the pros and cons. Carpenter bees are beneficial despite their invasive tendencies. Keep in mind that these bees aren’t aggressive unless disturbed.

So, if you’re afraid of getting stung, you don’t need to be unless you have to get up close and personal with them.

The cons are that they make holes in wood.

Holes can be plugged up and hidden after the bees have vacated the nest, and it would take a huge infestation for their nests to cause structural damage.

Mix about ten drops of citrus essential oils, like what comes in the BeNatu Citrus Oils Set, with a bottle of water and spray down the area where the bees are living.

They hate the scent of citrus, so they’ll vacate the area (unharmed) rather quickly. 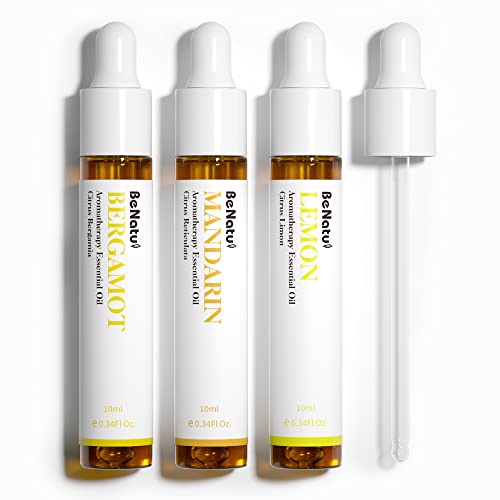 Entice Them With a Bee House

Draw bees away from your home with a bee house like the Rivajam Mason Refillable Bee House. Place it near a flower bed, garden, or an untreated post to attract them. 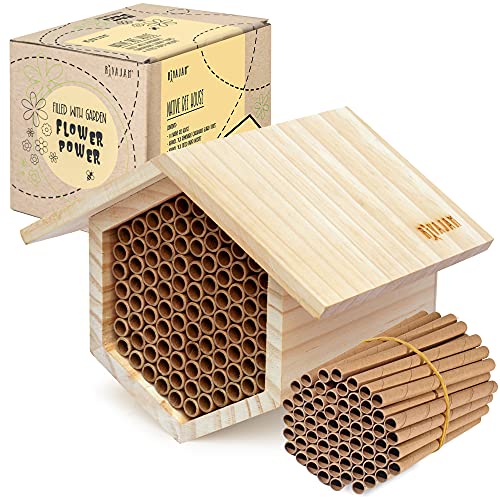 Coat your property with paint or wood stain after the bees have moved to prevent them from coming back.

Be sure to plug up their nests so other bees won’t find them.

We show you the proper prevention methods to use to protect your home and which products are best when it comes to getting rid of carpenter bees in this article.

Since the carpenter bee population is rapidly declining (learn why and what you can do to help here), the best thing you can do is to contact a bee relocation service.

You’ll need to see if your city and state have a service available. Some services might be willing to travel for several hours if your infestation is considerably large.

If you need a fast solution, you can always call an exterminator (or grab a can of WD-40 – read this to find out why).

Pesticides are one of the biggest reasons bee populations are declining, but they can kill the bees quickly so they stop damaging your home.

Blue carpenter bees are native to a few different areas of Southeast Asia.

They’re a bright blue and quite stunning, but you probably won’t spot one anytime soon unless you happen to live in certain parts of the Eastern Hemisphere.

Bee populations are struggling, so try to use natural methods of removal if you don’t want bees around your home.